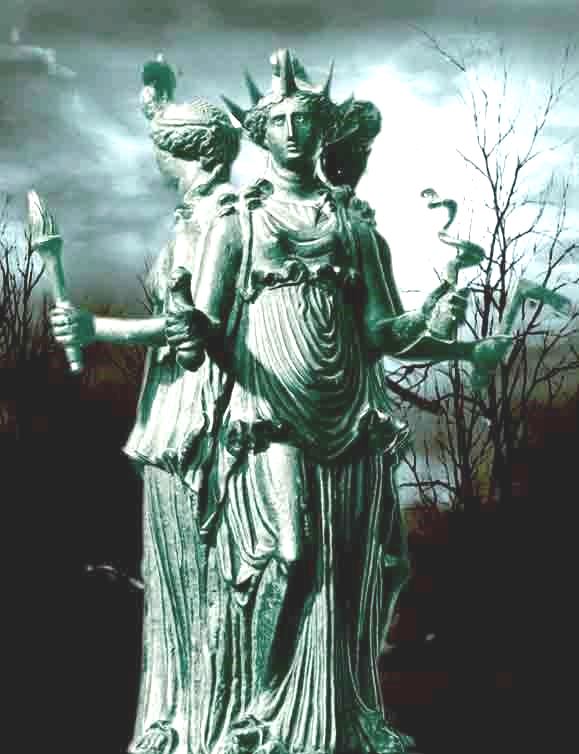 In very early times, around the Mediterranean where Western cultures first flourished, humankind thought that their food sources depended solely on the Earth and people divided the year into two seasons only – spring and autumn, the flowering and the fruit.  Later on, when the phases of the Moon became a way of measuring the seasons and determining times to plant, another season, winter, was added.  Since my story was set in ancient days – “once upon a time, long ago and far away” – I chose to have three seasons and three sisters who echo the ancient triple goddesses like Brigit and Hecate.

I suppose I should have called them Spring, Fall and Winter, but fairy tales come from an oral tradition.  Part of the art of telling those stories is to change the language and emphasis to fit the times and audiences. Summer contrasts more with spring and winter in our culture, than does autumn, which seems a more ambiguous and elusive season. So I chose summer, winter and spring as my seasons and my sisters.

in the art cave
Mused by Magdalene